When it comes to planning Phuket beach weddings, every little detail counts. The big stuff is obviously the most important, such as what dress to wear, how many guests to invite, what food to serve and stuff like that. However, this is (if all goes to plan) a once in a lifetime event, so even the little things can make a difference, including which flowers go well with a beach wedding. Here’s some advice on how to pick the perfect bouquet.

A lot of people gravitate automatically to what’s typical, rather than actually looking at what’s available. The choice could be massive, including hydrangeas, roses, carnations, calla lilies, and orchids, all in a variety of colours and tones. However, the choice could also be restricted by what’s available. For example, around Valentine’s Day, there’s usually a chronic shortage of roses. Thanks to international shipping, you can generally get hold of anything at any time, so you don’t need to worry too much about the season – just supply and demand.

Flowers might seem like such a small element, hardly noticeable in the exotic excesses of Phuket beach weddings, but they play an important role in framing the scene and the bouquet in the bride’s hands will be very visible in all of the wedding photos. Don’t try to cut down on the budget by buying a cheap bouquet that clashes with the dress or you’ll be rolling your eyes every time you see a picture. Instead, allocate a proportional budget for flowers and don’t sacrifice it if you overspend in other areas.

You can actually get quite good value out of the flowers you buy for your Phuket beach wedding, as the mini bouquets you use to line the aisle at the ceremony could become table centrepieces at the reception. This helps you to save a little money on your flowers budget without sacrificing the quality of the flowers.

Yes, that’s a thing. You only need your flowers for one day, and they’ll probably still be good to be used by someone else after you’re done with them. You might struggle to find a Phuket florist who is willing to rent the flowers to you for just one day, but it’s worth asking (through a Thai wedding planner) to see if you can save a little more on your flowers budget.

Perhaps the most important consideration, when planning your flower arrangements for Phuket beach weddings, is to remember that it’s the beach! Unlike a traditional indoor wedding, you’ll have a sea breeze, salty and humid air, and bright sunlight to contend with. Some flowers won’t stand up well to that onslaught of conditions and will wilt and whither very quickly. It partially depends on the plant species and partially on how the plants are prepared and delivered by the florist. Between them, Thai florists and wedding planners will know what works and what doesn’t from personal experience, so take their advice seriously. Ask which flowers can take the heat first, then take your pick from the selection they present.

Things to Do For Your Phuket Honeymoon 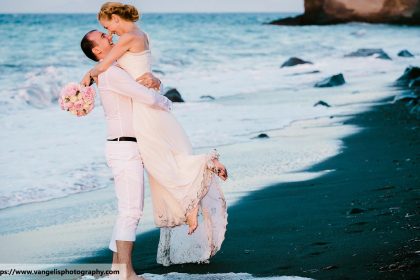 5 Reasons Why You Want a Phuket Beach Wedding 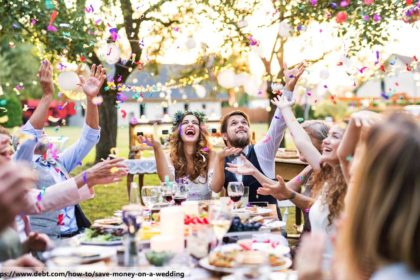 5 Tips for Saving Money on a Beach Wedding